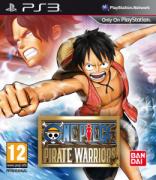 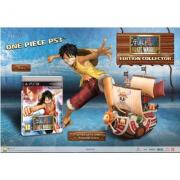 One Piece is a Japanese shonen manga series written and illustrated by Eiichiro Oda. It has been serialized in the legendary Weekly Shonen Jump since August 4, 1997. Since its release, One Piece has become the most popular manga series of all time in Japan and one of the most popular manga series in the UK. Uniqlo is currently successfully ranging a clothing collection in the UK. One Piece: Pirate Warriors is an exhilarating action game in which players control the Straw Hat crew to defeat surrounding pirates and navy. Players can experience the story of the grand One Piece through refreshing action. Features: Experience the original ONE PIECE with several scenes and episodes!! Immerse yourself in the faithfully rendered One Piece universe written by Eiichiro Oda. Become a real Nakama thanks to Co-op Mode Play as either Luffy, Zoro, Sanji and more with a friend offline/online, or solo. Unlock the next “GEAR” Collect over 100 types of character coins! When the coins are assembled in tribute to the original story, you can gain special skills to power up your character. Cause a riot to the surrounding navies and pirates of the Straw Hat Crew! Gameplay: need to use Luffy’s special abilities like in the manga to complete stages. Theme/Narrative/Concept: integration of multitudes of high-quality CG scenes. Click Images To Enlarge