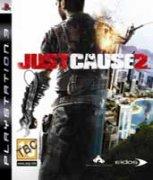 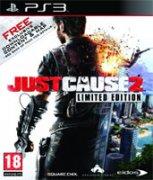 The orders are simple: hunt down and execute a rogue agent that has stolen top-secret intelligence and millions in Agency cash. For agent Rico Rodriguez, the mission is anything but routine. The target is Tom Sheldon, Rico's former commanding officer, mentor and friend; a man who knows Rico better than he knows himself.

Sheldon went dark while operating in the corrupt island nation of Panau. There, three rival gangs wage war in the streets while the ruthless dictator Baby Panay rules the island with an iron fist. With the resources of the Agency at his disposal, Rico must infiltrate the island and locate Sheldon, setting off a violent chain of events that will set Panau ablaze.

Each of Rico's assignments can be tackled by land, sea or air with more than 100 vehicles including tactical jeeps, attack helicopters and jet fighters. As the Agency's best, Rico can execute a range of breathtaking new stunts, utilising his trademark parachute and upgraded grapple to reach any location in Panau. Somewhere on the 400 square mile island of white sand beaches, scorching deserts and snow-capped peaks, Sheldon awaits. 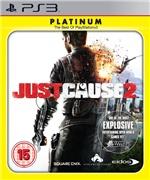